“I remember seeing this little girl. She was very, very small and her stomach was massive. She was waiting for us to finish lunch so she could take the scraps,” says Huda Fadlelmawla, 24.

It was 2011 and Huda had returned to the city of Khartoum in Sudan, the country where she was born, for the first time since childhood. Her cousin had taken her and a large group of relatives on an outing to a nearby river, famous for serving the best seafood in the country.

“It was beautiful and there were people everywhere with drums and music. We ordered massive platters and we sat down near the water eating.”

Huda Fadlelmawla, 24, is on a mission: to help as many street kids and orphans as possible in Khartoum, Sudan. It is an intensely personal project for the poet, dancer and activist from Brisbane, who was born in the African nation. A trip to reconnect with her Sudanese roots had a life-changing impact on Huda. During one lunch, “I remember seeing this little girl. She was waiting for us to finish so she could take the scraps,” she recalls. “I felt myself start to cry and I gave her the food.” Since then, Huda has helped raise the funds to send nearly one tonne of desperately needed clothing back to Khartoum, the Sudanese capital. Next up, she wants to raise $10,000 for medical supplies for one of the country’s biggest orphanages. “I wanted these kids to know that there is someone out there praying and helping them.”

And that was when Huda spotted that tiny young girl, who would inspire her to embark on a bold and inspirational journey to help hundreds of Sudanese street kids in dire need.

“I walked over to her but she was very hesitant to talk to me. I felt myself start to cry and I thought, ‘I can’t eat knowing she is not, I can’t eat knowing that I’m going to give her my leftovers’ so I stopped and gave her the food,” Huda recalls. “Her first instinct wasn’t to eat but to call her friends so they could eat with her.”

The lesson for Huda was a powerful and life-changing one: “You see what nothing looks like, but you see that even with nothing, there is hope. It was a scene that, no matter how old I am, I will never forget.”

Having left the war-torn country with her mother when she was only four years old, before finally making it to Australia aged 10, that trip to Sudan made an indelible impression on the then high-school student.

“I had seen kids sitting on the floor on the street not being able to go to school. I had seen kids fighting and scraping through bins to have something to eat. I made a conscious decision that I was going to invest in the youth in that community.”

Back home in Brisbane, Huda set about finding a way to do something meaningful. “I didn’t have a master plan, it was an intent,” she explains. “I wanted to help these kids and I wanted them to know that there is someone across the ocean praying and helping them.”

Things started organically for Huda and her family. “My mum started putting $20 in a box and going to Kmart and buying $3 shirts,” Huda says. Soon, friends and family members were also contributing, dropping off tops, pants, and socks to their home.

On a second trip back to Sudan in 2015, she and her mother personally distributed an incredible 300kg of clothing.

“We would carry this box of clothing around with us in the car and find a bunch of street kids and give them whatever fitted them. The fact that they have a new shirt, they were like ‘Whoa!’ It humbled me and my mum. And every time I did, it I cried. There was a lot of crying.”

Empowered by the success of that initial campaign, Huda knew it was time to step things up a notch: “Once we did that first package, I was driven. I wanted to do this on a big scale, as big as I could.”

As a poet and dancer, Huda decided to use her skills to start raising money to buy more clothes, rather than knocking on doors and asking for donations. “I ran a talent show with all the kids I had mentored and it sold out. And I did it again. And we kept with that model,” she explains. 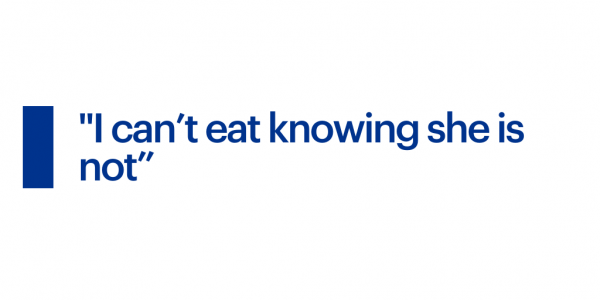 Since those early days, Huda has helped send nearly one tonne of clothing to children who desperately need it in Sudan. Half the clothes are distributed directly on the streets and the other half goes to Mygoma, one of the largest Muslim orphanages in the country, which is currently home to 400 children under the age of five.

“The kids are found abandoned on streets, they are dropped off in front, some of them are found on corners where animals have bitten them and they have diseases,” Huda says.

Now, she is stepping things up to help even more little ones in dire poverty. Huda’s next goal is to raise $10,000 so that the orphanage can buy much-needed pharmaceutical goods such as antibiotics and vitamins, and to also help provide them with simple necessities such as nappies. She is also hoping to be able to help change the children’s living conditions.

“Mygoma feels almost as if pain is echoing off the walls. It’s almost like jail. There are rooms that are just cots lined up against each other with only a mattress. This room looks like survival, not life. Visiting tore me up inside.”

Another objective is to have “people go in there and paint the walls. Adding colour and personality so these kids feel like they are in a place that is friendly and welcoming”.