“Everyone’s got it within them to be able to help someone,” says school teacher and keen surfer Joel Trist. “It’s within the Australian culture to help people.”

In 2016, Joel and his close mate Brett Connellan were surfing off Bombo Beach, near Kiama on the NSW South Coast, when Brett was attacked by a shark. In a split second, Joel decided to swim towards Brett, even though he could see the agitated shark nearby. 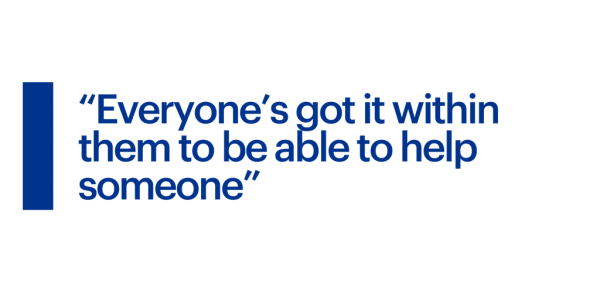 “The shark had actually bitten through Brett’s leg rope and his board had drifted out to sea,” says Joel. “He was kind of floundering around in the surf.”

The attack occurred at about 7pm on an ordinary day in March. Brett, who works at a nearby surfboard shop, and Joel, who teaches science at Dapto High School, met at the beach for one of their regular surf sessions with Joel’s girlfriend Aggie.

“Brett was already out surfing when Aggie and I walked up to the beach,” Joel says. “It was a beautiful afternoon – lots of other surfers were a bit further north than where Brett was. We were having a great time, surfing together, having a laugh, having a chat.”

Joel and Brett were a short distance from each other in the water when the shark struck. “I heard a blood-curdling scream and looked over. Brett was calling out for help and getting thrashed around by the shark. My instinct at the time was to paddle over as fast as I could and help.”

With the shark’s presence looming, Joel manoeuvred Brett onto his surfboard and began paddling the pair some 200 metres back to shore. “I kind of dragged him onto my board. By that stage I’d realised how bad the wound was on his leg. I could actually feel his flesh rubbing against my body. By the time we got to shore he was going in and out of consciousness.”

Back on the beach, Joel used his own leg rope as a tourniquet while Aggie, a nurse, sprinted back to her car to phone for help. Joel called out to a stranger – coincidentally, another nurse – who was sitting on the beach nearby. More locals soon joined them on the sand and helped Joel apply additional tourniquets. “If it wasn’t for those people helping out, he definitely wouldn’t have survived,” Joel says. A medical helicopter arrived about 20 minutes later.

After multiple operations, including transplanting muscle from his back into his injured leg, Brett made a full recovery. “At first he was struggling to walk, but now he’s back in the water and playing golf and living his life,” says Joel.

At Dapto High School, word of Joel’s heroism soon spread. “Kids were coming up and saying, ‘Well done, Sir’ and shaking my hand and saying, ‘That’s amazing, you’re a hero.’ I had to play that down a bit!” Then, in 2017, he was awarded a Star of Courage, Australia’s second-highest civilian bravery decoration, for his actions.

Joel says he simply did what Brett would have done for him had the situation been reversed. “It was an instinctual thing,” he says. “I had to help him out.”